Investigation Entrepreneur of the Year 2010 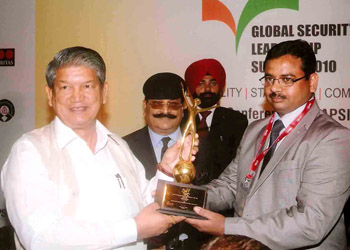 Today the GREVESGROUP have earned "Another Feather in Its Cap" when Mr. Rajeev George, CEO and Founder of GREVESGROUP has been conferred with very prestigious award "Investigation Entrepreneur of the Year 2010" by Honourable Shri Harish Rawat and His Excellency Shri Shivraj Patil, The Governor of Punjab & Rajasthan, India at the inauguration ceremony of Global Security and Leadership Summit 2010 at the Grand Ballroom at the Sheraton New Delhi. Mr. Rajeev George who hails from Bikaner, Rajasthan, was praised as a self-made individual who rose from a humble beginning less than two decades ago and reached enviable heights as head of Greves Group of Investigation Agencies. His high business ethics and transparency with customer satisfaction is the key of success and consistent growth. Last but not the least there are many more to come.